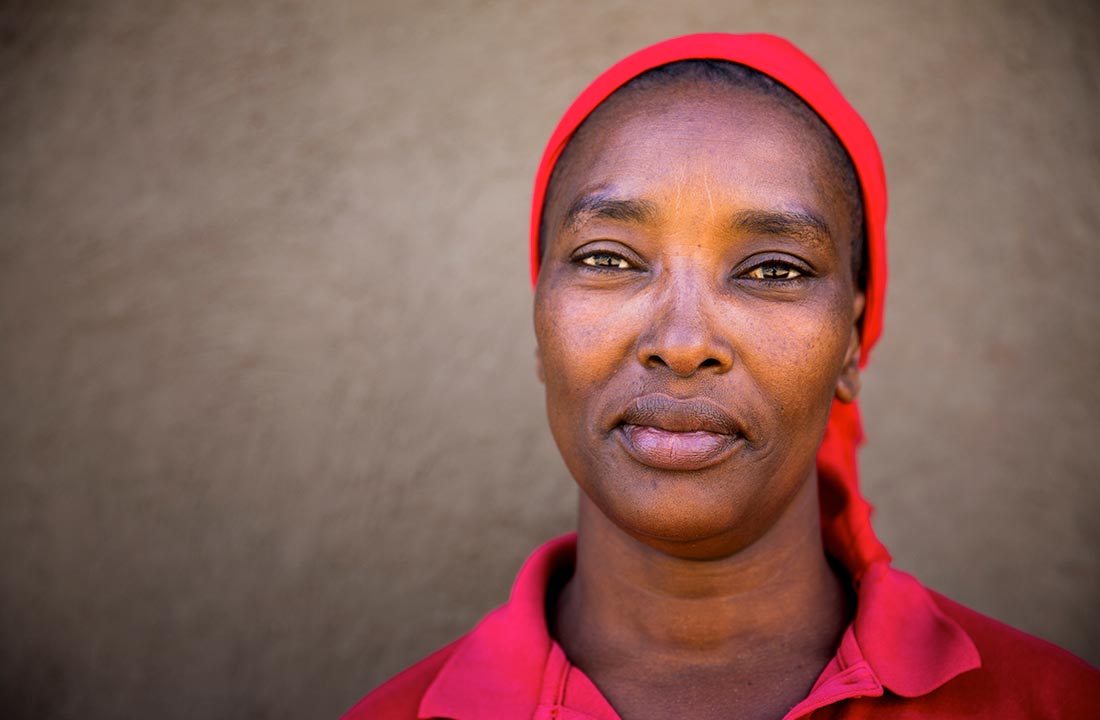 Diana Peter’s core principals are simple. But not effortless.

As a manager for Save the Rain, she teaches women how to mix concrete, how to smooth out plaster, how to mold chicken wire. How to dig a foundation and how to build a rainwater tank.

But the 43-year-old also teaches them that this effort is an also an act of love..

“Since I am doing my work with all my heart, everything about my job is my favorite,” Diana said.

Diana knows these women, her team, because she used to be that woman.

A woman who was denied education, who couldn’t find work.

A woman who couldn’t feed her children.

A woman who was widowed.

“I compare my life to those who work with me now,” Diana said. “It makes me remember who I was. I teach them that I used to be like them and I teach them what to do so they can be lifted up.”

About 15 years ago, Diana was seven months pregnant with her child, Baraka, when her community’s leaders knocked on her door.

They were looking for her husband. Robbers had stolen from a nearby flower shop.

They needed her husband’s help to arrest them.

He went with them. He was a soldier.

Soon, they found the robbers in a nearby field. They quickly wrestled one to the dusty ground.

The other thief found a rock. He threw it.

He struck Diana’s husband in the head.

“Life was very hard,” she said.

She gave birth to her third child just months later.

“I depended on his salary from being a solider,” she said. “I was in great need and I didn’t have enough income to raise my family.”

That’s the Diana that Save the Rain met. Her and her children had been recommended as a family who needed help. When Save the Rain came to her home to ask if she would like a rainwater harvesting system, she saw a light she did not expect. When she realized that this was an opportunity to also work, she saw fireflies.

“They encouraged me and said I could build a tank,” Diana said. “I didn’t feel like I would be able to do it.”

“I was skinny,” she said, “and the work of the tank is about muscles.” 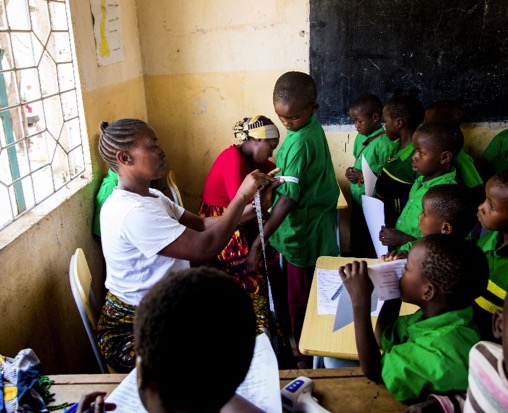 But getting stronger is part of the job. And Save the Rain ensures that each employee’s health improves when they aren’t working, too.

Each builder receives a rainwater tank collection system at their home. So, as Diana learned to build a tank, her health improved drink by drink, day by day.

“I was able to spend the time I would have used walking for water to work for Save the Rain,” she said.

And she’s been working. A lot.

Diana’s worked on some 400 projects. And after about four years as a mason, she was promoted to a manager, overseeing operations of teams of women.

“I love to transfer the knowledge I’ve gotten from Save the Rain to other people,” she said. “I want to help my people.”

Her generosity doesn’t begin and end on the job sites.

With her income from Save the Rain, Diana could invest in her land. She grows rows of maize and beans at her home.

“I use it to sustain my family,” she said. “I give it away to neighbors who are hungry. I just give it. I don’t sell it.”

Diana still sees great suffering around her, in her neighborhood and in the villages where she works.

She assists with the organization’s health assessments. Save the Rain monitors students at the schools that receive tanks. It helps them track progress.

Earlier this year, Diana weighed and measured children at a school where a tank was under construction.

“They are in such need of help,” she said.

These children were so small, so light. She could tell they were suffering as they stood in line in the classroom, she said, but the low numbers she wrote down on their evaluations proved it.

“I use the pain that I feel in my heart,” Diana said.

Just like love motivates her work, that sadness inspires her, too.

“I like to work very hard to help get them out of that condition,” Diana said. “It has made me very strong and that strength keeps me going on. When I think I have suffered, I think of others in these challenging positions. And it makes me work harder.”