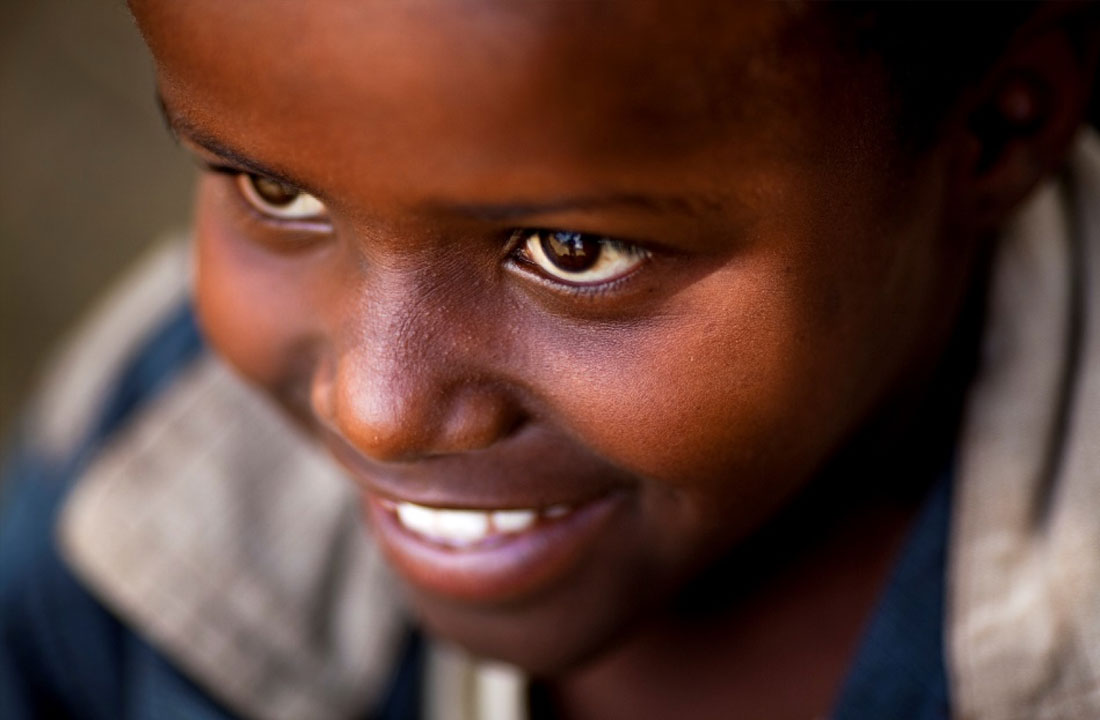 Debora’s grandmother, Bibi in Swahili, gathers water from the pipe a few hundred yards away from  their home. The water is green. Not clean enough to drink or cook with, but is used to wash clothes, which Debora does several times a day. Bibi is 59 and has been the sole caregiver for Debora since she was 3 years-old as well as two of her other grandchildren. Her husband is absent most of the time. For the last 7 years, Debora has rarely left the house. Most of the neighbors didn’t even know she existed. Debora was born with a swollen mass on her lower back. Once it was removed, she was left paralyzed. Having a child with a disability is shameful in this community. The children were outcasts and ignored, but that has changed.

A high rate of Tanzanian children like Debora, are born with Spina Bifida, a birth defect that causes there to be an incomplete closing around the spinal cord. Spina Bifida is believed to be caused by a combination of genetic and environmental factors. Not having enough folate in the diet during pregnancy plays a significant role. Folate is found in leafy green vegetables, which were not readily available to most families. Diet can play a pivotal role in preventing this.

Bibi stepped in to care for Debora because her mother was unable to do so. Until recently, Debora would drag her body across the ground to move. Her pants all have holes in them from years of struggling on the ground. The surgery not only left her unable to walk but also left her incontinent.

Through the challenges, Debora remains bright and chatty. “Talking has never been a problem. She is like the informer of the family, always reporting everything,” said Bibi. She worries constantly about Debora. “She always wants to do what other children do, even though she doesn’t have the ability.” While Debora is largely dependent, she has had to learn ways to be on her own as Bibi leaves her alone frequently to tend to the farm.

In July 2015, life changed. Save the Rain started building rain water harvesting systems in Debora’s village, and in the process met Debora’s family. Within a week, she had a new wheelchair made of recycled bicycle parts. She immediately took to navigating her yard with ease and meeting her neighbors. She is no longer dragging herself on the ground. She is no longer hidden inside. The wheelchair gave Debora a future, one that her grandmother never thought possible. Debora is now in her second year of her school and she is number 1 in her class. Her family was just one of 45 families identified with special needs children who are now receiving assistance from Save the Rain. 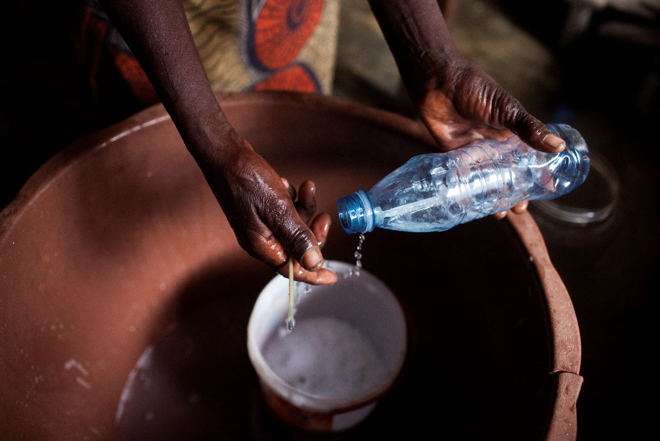 Save the Rain constructed ramps for each classroom at the primary school in their village. Odedi William Msemo, the head teacher at the school said, “Opening the doors to special needs students will change the future of our community. By enabling their future with an education, the stigma of disabled people can disappear.” He wants to create a safe space where all students can come, learn and grow. Children like Debora will now have an education. Before Debora has even spent time in a classroom, she already knows that she wants to be a teacher. Debora’s eyes sparkle, when she says, “I want an education, to be employed and then travel all around the world.” Her grandmother giggles. She never cared that she was a pioneer, one of the first children at school in a wheel chair, she just wanted to attend. Bibi said, “Debora has inner strength like no one I know. And when she wants something, she is fierce and attentive.”

Bibi pours heated water into a basin where Debora sits with her legs folded tightly and her feet rest in opposite directions on the rim. Debora is naked and shivering, as Bibi splashes the hot water on her head. Every morning, Bibi bathes her and afterwards, sanitizes a make-shift catheter by shaking its tube in a used plastic water bottle filled with clean soapy water. After it is cleaned, Debora uses it to relieve herself. Bibi then slides a pale pink dress over Debora’s head. The dress zips past her lower back where a scar from her surgery traces her spine. The scar cuts through a large hump where the doctor pulled the nerves from her back when she was just three weeks old. Bibi begins to fold a thin beige cloth and plastic bag together to make a diaper. She puts four pairs of pants over the makeshift diaper. Bibi goes through this tedious 45-minute process every morning knowing that the next day she will be cleaning those same layers. This is the routine they have had every morning for the last seven years. Save the Rain supplied children like Debora with reusable diapers so that this process is be made easier for all. Debora carries her grandmother’s tan purse, as she pushes her wheelchair over rocky terrain for a half a kilometer. Bibi lifts the wheelchair up two stairs into the church with the help of a parishioner. She parks Debora in the center aisle of church near the women’s side. Bibi closes her eyes, lifts her hands to the sky and starts saying her prayers. They have changed this last month. She prays that Debora will be independent, happy and healthy. Her prayers are now filled with optimism and possibilities, just like Debora’s future.