We’re driving down the dirt road, body jerking left and right, I’m trying my best not to smack my head against the window. Joseph, the co-director of Save the Rain, is laughing as we hit each bump. 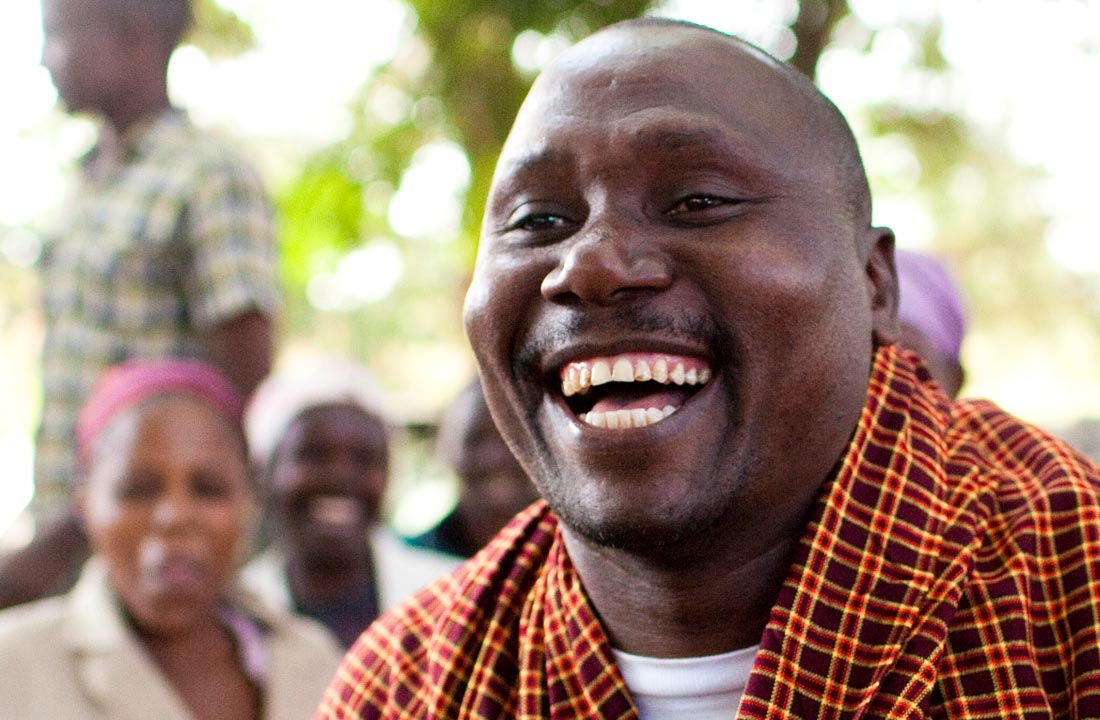 We’re driving down the dirt road, body jerking left and right, I’m trying my best not to smack my head against the window.  Joseph, the co-director of Save the Rain, is laughing as we hit each bump. To the right, Mt. Kilimanjaro stands tall and proud. To the left is Mt. Meru, a regal reminder of the significant beauty of this part of the world. Maasai men majestically tend to their herd of cattle, wearing shades of red that contrast the stark landscape. 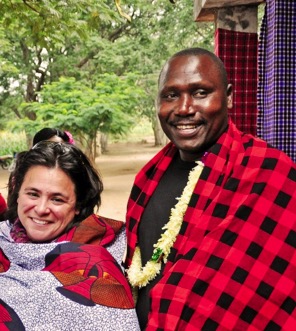 Women and children carry buckets on their head filled with dirty water. Men gather at large puddles on the side of the road, filling jerry cans with the murky liquid. We round the corner and arrive in the village. Time and geography don’t really matter. What we are about to experience, we have experienced before. And it is this moment that has fueled us for the last decade.

Children run from classrooms to greet us, smiles appear on their faces, wider than you can imagine. Warmth radiates from the head teacher as he embraces us in a hug. After several formal greetings and conversations about families, we make our way to the students. Their enthusiasm is just as genuine. They know what is happening. They know how much their lives are about to change. They know they are days away from ever having to walk for water again. But this time, the Ward Educational Supervisor is there. He takes my hand and says, “They will never forget you.” I reply, “I hope they do. I hope a day comes when children no longer remember the days of water scarcity. But I do hope they always remember him.” I point to Joseph. He is the rock on which the organization is founded. He looks like a Tanzanian Shrek. He laughs like ancient wind. He stutters when he’s excited. His hands are as big as a giant’s. His heart is liked melted butter. He cries every time he holds a baby or anytime you cry.  He is as smart as Einstein. He can build anything and teach you everything. He is a rare type of leader who inspires others through their own sense of compassion. He empowers our team by sharing himself. His faith is like Tanzanian rain; unstoppable, graceful, driven by something too big to explain. He is the reason we are here.

In 2005, Joseph received assistance from the Heifer Foundation. One of their American donors asked him if he could have anything in the world, what would he ask for? He replied a rainwater harvesting system. Through a set of circumstances that could only be orchestrated by destiny, a world away, that same woman met us. She set the wheels in motion for our two worlds to collide and for Save the Rain to be born. Our first project granted Joseph’s wish to build a rainwater harvesting system. On that trip, I asked to visit the school in his village. When we arrived I naively asked why there was a mountain of buckets in the center of the school. That’s how the journey began. By asking for help to open a door for himself, Joseph opened a door for his nation. He has been unstoppable ever since. He said, “I asked and I received. And now that I am not afraid, I can listen to what children are asking for, and I can give. What was done for me, I can do for others and teach more people to do the same.”

Joseph believes in blessings. And failure is not an option. He says “If we were to fail, we would be failing our friends and neighbors — not strangers continents away. If we were to fail, we would see the damage to our friends and neighbors and family.” Then he adds with a twinkle: “Besides, everyone knows where we live.” Joseph monitors every single step of every project.  Because of problems with supply and transportation of supplies, he follows all of the supplies from the point of purchase to arrival on site.  He interviews the villagers and ensures that everyone involved is committed to the project.  He follows each step of the building project as well. When asked of his goals, he said:  “To make sure every child in this valley has fresh water.” He paused.  “Every child in Tanzania.”  Then he looked up:  “Why stop there?   We should make sure that every child in Africa has clean water.”

When we first started, we had little money and Joseph did not know how to drive. So we bought a bicycle. One of our first projects was 20 miles from Joseph’s home. Every morning, he would load 4 men and a wheelbarrow on to the bicycle and bike to the job. He would laugh the whole way, using the end result – healthy, educated children – as his motivation. A few projects later, we got enough money to buy a motorcycle. I was terrified. Driving in Tanzania is an extreme sport. You take your life into your own hands every time. Leaving the store, Joseph drove the motorcycle and I followed in a borrowed car. I held my breath the entire way. He never crashed; instead he learned to fly. A few years later, when we bought our first vehicle, I taught Joseph how to drive. Like in life, it was a jerky ride until he learned the grace of the dance. We often laugh about the days on the bicycle. He gets teary when he reflects on how far this dream has taken him. Now, we barrel down roads like stallions charging towards the horizon. There are children to help and rain to catch. 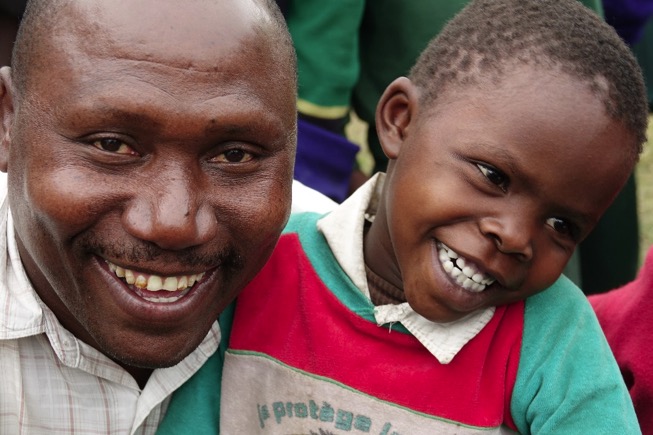 With only a 7th grade education, he has turned every obstacle into an opportunity and surpassed his nation’s expectation. From masonry to bio-gas, organic farming to solar power, construction to harvesting the rain, Joseph is a beacon of brilliant inspiration. He shares everything he knows with anyone who wants to learn. He says that Save the Rain is not in his blood, it is his bones. It is what moves him and keeps his faith upright. This job is the reason he was born. To Joseph, providing his nation with clean water and the right to reach for their potential is what he will do. And to Joseph, impossibility is destined to become the probability.