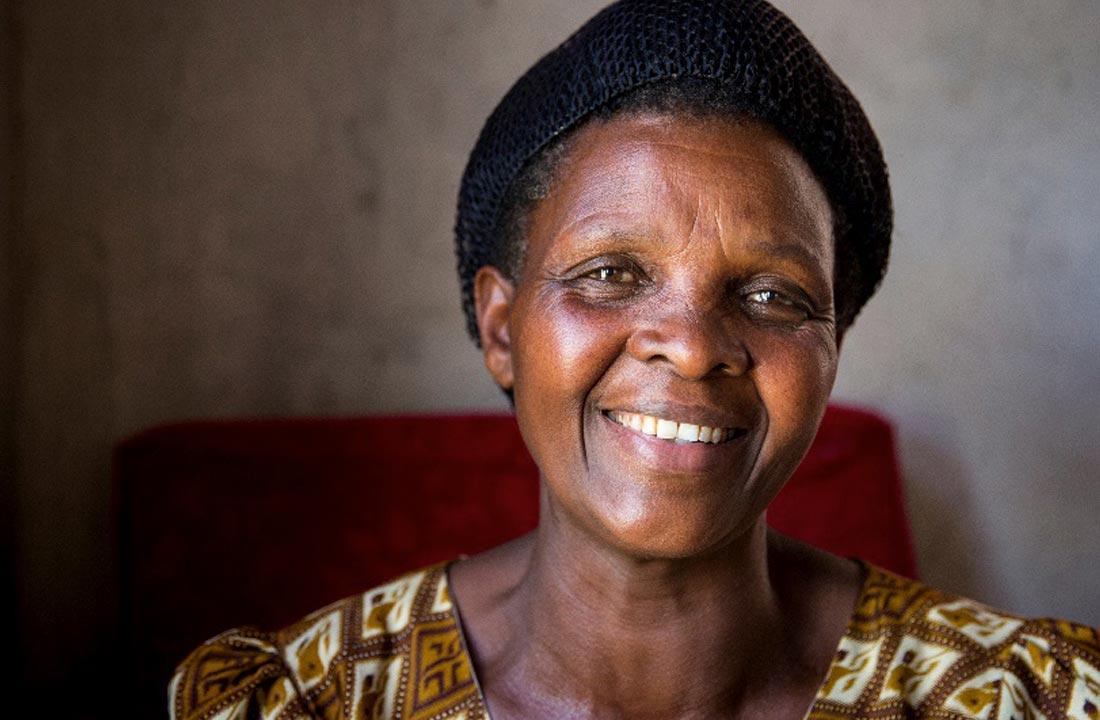 The house came a bag at a time.

She sold sunflowers to buy a bag of cement. A chicken pedaled meant a sack of sand to add to the pile.

Foibe Elisaria saved day by day, year by year, to build her home. Brick by brick.

She was pregnant with her daughter when she started. A now 23-year old woman.

Foibe constructed in installments because of that daughter and eight others. Their school fees came first out of her pocket. Food for her family, too.

But Foibe didn’t lose sight of that home. Not once in two decades.

“What makes it hard is that when you are poor, your vision is not big,” she said. “When you start developing, it is like opening a window in your brain.”

Foibe didn’t wait. She made the change herself, one bag at a time.

“I was living in this poor house and I saw that developed people don’t live in these houses,” she said. “So I started thinking about the other house. And I saw my vision expanding.”

The 45-year-old sits in the shade now, between her new house and her old house.

The structure where she and her late husband first slept and ate, dreamed and prayed is now just a kitchen and storage area.

“It’s dusty,” she said. “It doesn’t have a floor so I would wash our clothing and hid them, but they would still get covered in dust. The children were getting the flu and coughing because of the dust.”

She didn’t just worry about the dirt. She worried about what was hiding in it: Snakes and insects.

Her two grandchildren who live with her now will not choke on the dust or be startled by a snake.

Her new home has a floor.

The building, the expansion didn’t stop with the house, though. 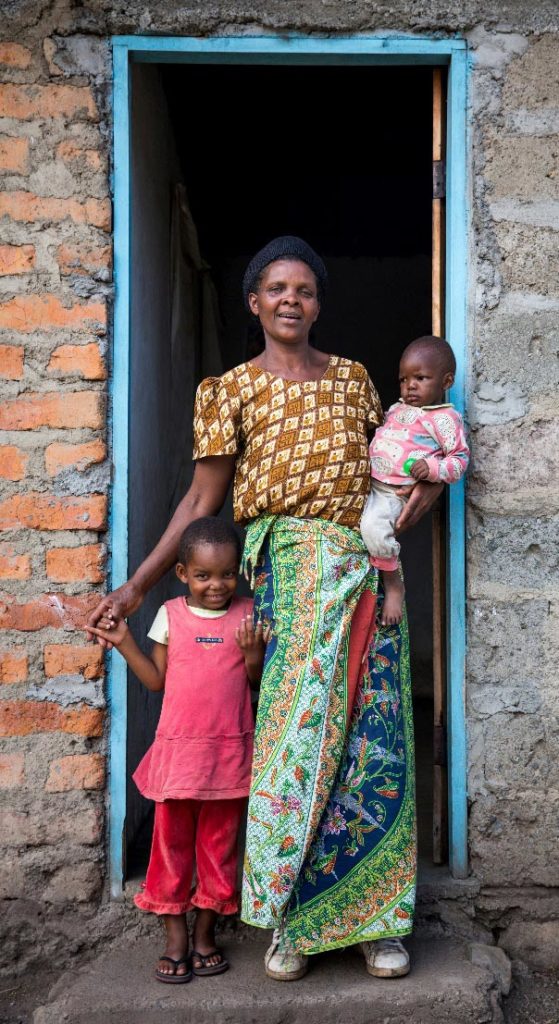 Agnes received a rainwater collection system and tank in 2015.

And because of Save the Rain, she has something she couldn’t create on her own.

She has time to rest, she said.

She has time to spend with her children in that house, talking and laughing.

“Before I would work the whole day and then I would walk for water,” she said.

And she has been sole provider and caretaker of the household for about three years. Her

She would spend three hours to walk to the nearest tap station to get water for drinking, cooking, cleaning and for her cows.

“At night, I would be very, very tired,” Foibe said.

For more than three decades, she walked for water. At 10, that journey cost her six hours a trip and many days at school.

Her daughters haven’t spent a single hour on that road.

While they were in classrooms, Foibe collected the water for her family. All by herself.

She didn’t even have a donkey to help, so she provided water for eleven people, two buckets at a time, she said.

“My dream for my children is that they can study hard and see the importance of being educated,” Foibe said. “If they are educated, they can expand their vision and can have higher reasoning.”

And it’s happening. Eight of her daughters are in school, with two studying at universities to become teachers. (Her oldest is now married.)

But the instructions don’t stop in the schoolhouse.

“I am teaching them how to love each other and stay together,” Foibe said. “When people stay together and cooperate, things go well.”

Love is more than a lesson.

Since the Save the Rain tank installation, neighbors now come to Foibe, buckets in hand.

“They are in great need,” she said “They don’t have water for drinking. I’m doing what I can to help others.”

This “love and togetherness gives me strength,” she added.

She prays for that night after night, for love and togetherness and strength.

She prays that God will help her see beyond what’s in front of her now.

She prays that she can see what is coming next so she can start preparing, a piece at a time.