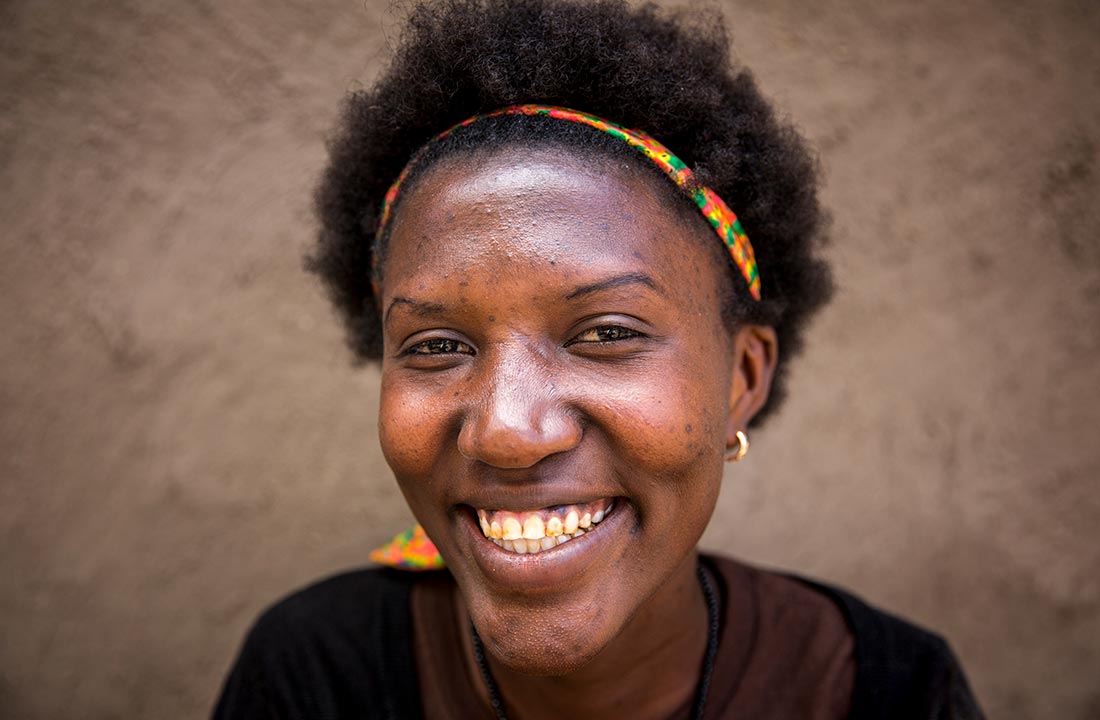 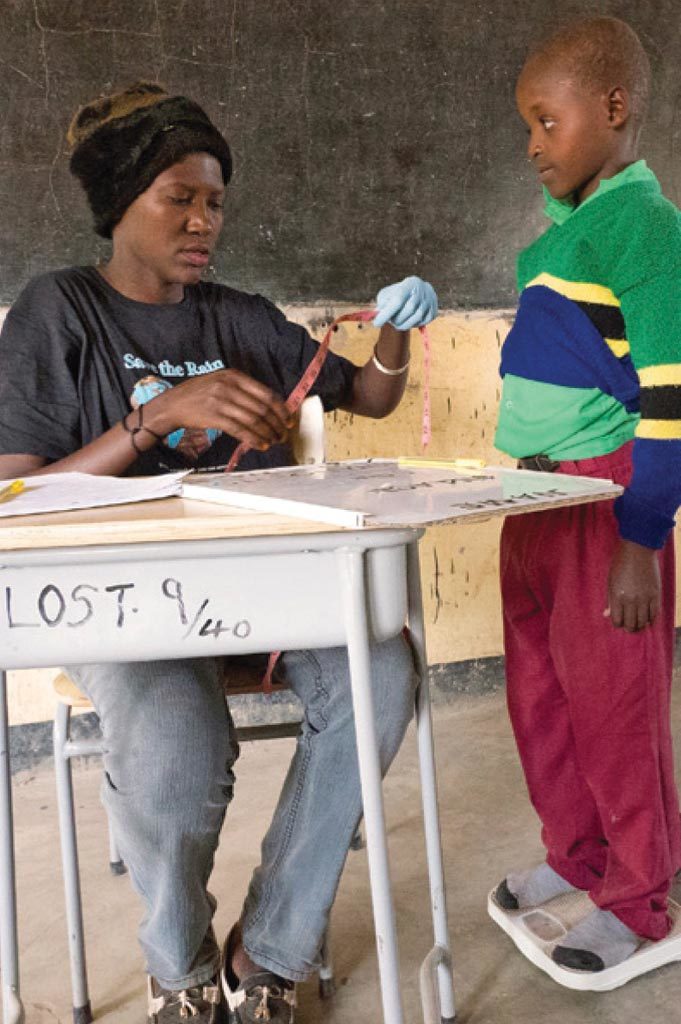 Violeth is a born fighter. Literally, she was born with both of her hands in a tight fisted position. It was not until she was a toddler that her fingers could finally move freely. But her thumbs did not. Skin inevitably grew over the thumbs trapping them against her palms. Often her parents would find dirt and small bugs trapped in her hands because she could not open her fingers. She was not born with a problem in her back or her feet. But as she grew, excess bone began to develop around her ankles and her feet began to turn under. As time passed, her shoulder blade began to protrude causing a hump in her back. Believed to be caused by the weight of water as well as the possibility of weakened bones, she cannot carry things on her head like other women in her culture. The pressure is too great and too painful. But nothing ever stops Violeth. In secondary school, Violeth was so determined, she played soccer at every chance, and became the star goal keeper. The fighter comes through her in whatever she does. But Violeth is also the most gentle. She is brilliant and kind and has a radiating warmth. Her strength is enhanced by her softness. Violeth is daughter to Joseph, Save the Rain’s Tanzanian director.

The first receiver becomes the next generation of givers 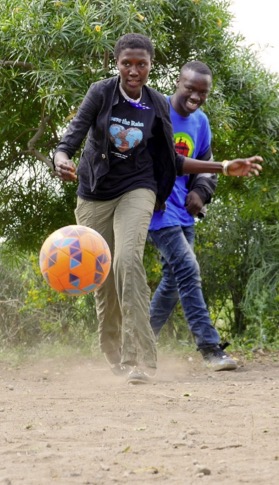 Violeth was ten when Save the Rain began. When she reflects back on her life prior to having clean water at home, her brow furors with uneasiness. “I started fetching water when I was five. I am the oldest so often I would have to go by myself. The river closest to our home was deep in the bush, down a steep hill. At times, there were men waiting there. I was afraid. Most of the men were drunk or on drugs. I was aware even when I was young that these men could do bad things to me. I often heard them beat other children. Sometimes the men would call out to me. I was so afraid they would beat or rape me too, I would just run back home. But without the water we could not survive, so inevitably I had to go back. Sometimes they were there in groups. If I saw them, I would hide in the bushes until I saw someone else going to fetch water. I would go with them because there was safety in numbers. We also had a problem of children being stolen from our village. It was said they were being taken to the mines. I remember my neighbor Victor. He was taken as a baby.” She gazes into the distance, pained by the memory. “Especially during the rain, the path to the river was so slippery. Because my feet are not straight, it was so hard to keep my balance while carrying the water. Sometimes I would fall and the water would spill. I would have to go back and fetch the water I lost again. I would get in trouble for being late because there was no water at home and my family would be there waiting.” I ask Violeth if she remembers how she felt when Save the Rain brought clean water to her home. “When I knew I would never have to fetch water again, I felt peace for the first time in my life. I was 10. I looked at my young sister who was 3 at the time and realized that she would never know the fear that I knew because she would never have to fetch water for our family, ever.” Soon after Save the Rain began, a surgeon was found to help Violeth with her hands. Recently, she graduated from Form 6, the highest level of secondary school.

Since she was little, Violeth dreamed of becoming a doctor. She wanted to help the people of her nation, to save and change women and children’s lives. But Violeth missed being accepted to a medical program by only one grade. When she told me about her inability to pursue her dream, I shared her loss. But sometimes opportunity hides in life’s deepest disappointments. Just before Violeth graduated, Save the Rain started working with a very special population of special needs children who were unable to walk or attend school. When we discussed these underserved children and how we were going to help them, a smile illuminated Violeth’s face. She said, “I am one of those kids. I was born with disability. But I am proof that anything can be overcome. What if this is the way I am meant to serve? Not as a doctor but as an advocate for all the kids Save the Rain is trying to help?” Violeth started working with Save the Rain right away, under the wing of her father and as the newest member of our team. She is charged with overseeing the health evaluations of children and advocating for those who need more care. She tracks their growth and identifies those that need medical attention. She takes them to the hospital to ensure they get the help they need. She is making sure that no child is left forgotten and that each of them knows how much their life matters. We are so very blessed that she missed that one mark and that we are able to benefit from her incredibly compassionate heart and exquisite mind. Like all dads, Joseph is pretty happy to go to work every day with his very special girl.